12 Best Horror Anime on Hulu not for Faint-Hearted 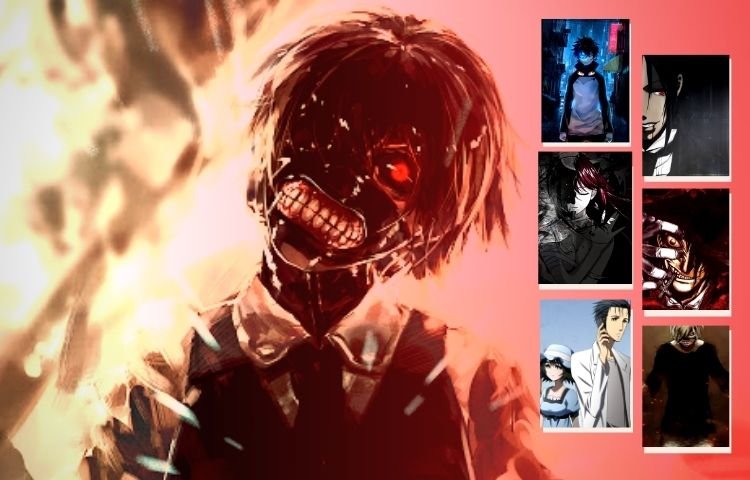 I am a big horror genre nerd despite being a scaredy-cat. My search for good horror animes led me to Hulu, where I found a few that might give you some good chills.

If you are expecting nerve-recking horror animes from Hulu, then you will be disappointed as it has got no anime that is full-on scary.

In this post, I’ll be sharing with you a list of 12 Best Horror anime on Hulu that has some of the best storyline and a fair amount of frightening moments in it.

Tokyo Ghoul is undoubtedly the most hyped-up anime that you can binge on Hulu. It puts together humans and ghouls (human-eating creatures) in a horrific setting. The main story is gripping and moves swiftly through the episodes. It may get tremendously awful at times, If you can’t digest overly gory scenes I recommend you to stay away from this anime.

Tokyo City reports countless mysterious death every day. Missing and murder crimes are rampant. The reason behind this turmoil is the advent of Ghouls in the city. Ghouls look and behave like humans but feed on human flesh to survive.

The plot puts in light a startling story of a college student from Tokyo city, Ken Kaneki. On a date night, Ken’s partner reveals herself as a ghoul. In the event, he barely escapes death and is hospitalized immediately.

Ken thought he was lucky to survive but his life shooks apart when he realized that the surgical process has transformed him into a mix of humans and a ghoul. He realizes his life wouldn’t be the same anymore. he learns to fit in the Ghoul society while constantly avoiding being caught in the human realm.

Well, an anime like Parastye may not feel scary to many people but it doesn’t mean it can’t emotionally scar you for some time. And if have a weak heart then this mild horror anime on Hulu can give you some jump scares. Overall, it is one of those animes that you must watch because it is really good.

A sudden attack by alien parasites on planet earth causes mayhem. They immediately start attacking vulnerable humans by entering their brian and taking control of their bodies.

After attaining full control they can transform human bodies according to their will. When Shinichi Izumi is attacked by one such parasite, it couldn’t take over Izumi’s brain and merges itself in his right arm.

Black Butler is a fairly dark anime that is shrouded in mystery and deceit. Not very scary but that’s the norm on this list of horror anime on Hulu. This show will hit you hard. From the plot, music, characters, and deeply hidden tropes, it is an absolute treasure. Though Black Butler doesn’t just stick with the serious plot and has a little bit of humor in between.

Ciel belongs to a noble family and he lived a happy life until his parents were killed in a conspiracy. Fueled with revenge he makes a deal with the devil in return for his soul. The demon, Sebastian, serves Ciel as his butler and protects him from the dangers outside his villa.

Erased is a psychological mystery anime that uses its dark theme to instill fear in its viewers. Like most of the animes on this list of horror anime on Hulu, Erased is also not a full-on horror show. But it is important to mention that it is one heck of a good anime on hulu.

Satoru Fujinuma, a middle-aged dude gets the power to go back in the past. When someone close to him dies, he decides to use his power to solve the mystery.

He goes back to the time when he was in elementary school. He then remembers it was the same time around when his classmate Kayo got abducted. So he decides to save her too.

As the name of the anime suggests, this anime is as dark as it can get. The show is very disturbing and overly gory, definitely not for the faint-hearted.

The show also filled with decent amount of scary moments. Corpse Princess is a good anime that can be worth your time.

Makina is killed along with her entire family but is resurrected back as an undead by Kougon Cult. Now she is in pursuit for revenge on the mysterious undead organization responsible for her death.

In this mission, she is assisted by her old friend and contracted priest, Keisei Tagami. Together they look out for the culprits and along the way kill other dangerous undead beings.

THIS IS NOT REALLY HORROR! Blood Blockade Battlefront is a story hard to comprehend. The suspenseful plot is backed with extremely thrilling twists which are enough to make anyone anxious and disturb their mental peace. It doesn’t fit into the horror genre and is on this list because of the nerve-wracking chills it brings with the story.

Ok, I’ll be clear here. I have written hundreds of anime synopsis, reviews, and theories but I might need to write a separate article to explain this anime. This anime is presented in a chaotic fashion.

The citizens of New York are trapped inside a chaotic bubble with dangerous creaturs from other dimensions. It centers on a protagonist suffering an existential crisis. Each side character has a deep past which adds to the complexity of the story.

Hulu may not have a long list of horror anime but every title they have is decent enough to give you a spine-chilling experience for weeks. Tokyo Magin is one such scary anime classic that you must dare to watch once in your lifetime. It follows as an apocalyptic disaster that sets a chain of terrific and surreal events complemented by badass action scenes.

Putting the city of Tokyo into chaos again. Another anime, Tokyo Magin is a story about five high school students and their fight to protect the city from supernatural darkness.

On text, the story might be common and simple incorporating apocalyptic events, action, and mysterious powers awakening inside protagonists but when these elements work in play on-screen the experience they give you is deep chills.

Blood C is an anime that has the potential to scare you or at least get you creeped out. With over-the-top gruesomeness and some good scary moments makes this horror anime on Hulu a nice treat for all horror genre lovers.

In a world filled with man-eating monsters, people like Saya are a blessing. Saya is a teenager who protects her village from these monsters with her sword.

But her life comes crashing down when she overhears some monsters and also she starts having unexplainable visions. Saya tries to find the answers to all these new revelations and seek the truth.

Next up on my list is a quirky combination of horror, romance, and sci-fi. Filled with countless moments of bloodshed and gore, Elfen Lied is the most disturbing psychological horror anime I have encountered. It first aired in 2014. It took Hulu six long years to include its ints catalog.

Lucy is a test subject in a government lab. She belongs to a special race of humans called the “Diclonius”. When she gets a chance to flee, she unleashes her superhuman abilities and leaves behind a turmoil of massacre.

During her escape, she retains a head injury that leaves her with a split personality disorder. One with a childlike grace and the of with a ruthless serial killer.

Kouta and his cousin Yuka discover Lucy in an injured state and decides to give her shelter unaware of her dark secrets.

D.Gray-man is more inclined to comedy than horror but since this anime deals with human souls and exorcism, I had to put this on the list of horror animes on Hulu. Though one thing’s for sure, you’ll not regret watching this anime because it’s a masterpiece.

Millennium Earl is an evil genius who created mechanical weapons that function by trapping the soul of a dead person in them.

Allen Walker is a young exorcist who wants to free those trapped souls from those weapons and defeat Millennium Earl. His secret weapon is his cursed eye that can see the suffering soul inside the evil weapon.

Hellsing is a vampire anime that make other vampire anime look small. It has got everything to get you hooked: a fun story, impactful characters, ruthless brutality, a nice pinch of humor, and mesmerizing art.

The story revolves around Hellsing, an organization that deals with supernatural threats. It is asked to eliminate a vampire that is turning the people of a village into ghouls. They dispatch their ace agent, Alucard, who is also a vampire. During the mission, he comes across a mortally wounded girl named Seras Victoria.

On his suggestion, she agrees to become a vampire. Seras begins her new life as a member of Hellsing and along with Alucard, gets on the trail to hunt the vicious vampire.

Adapted from an excellent manga, The Promised Neverland is one of my favorite horror anime. After its anime announcement, It became the most awaited show of 2019 and left both manga readers and non-readers spellbound by its perfection. If you prefer shows based on the ” battles of the minds” trope, this one will give you a nail-biting experience.

The show tells the story of the year 2045, a world where humans and demons live in separate yet interconnected worlds. The show follows 11-year-old Emma and his fellow orphans who live in the Grace Field House Orphanage.

For a long time, the orphan kids believed that they weren’t allowed to go beyond the Orphanage premise because of logical reasons. When Emma and his best friends Norman and Ray discover a fishy link between the Orphan and the outside world, they sat to find ways to discover what lies beyond the metal railings. 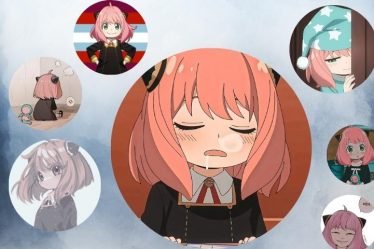 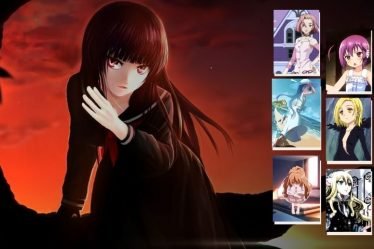 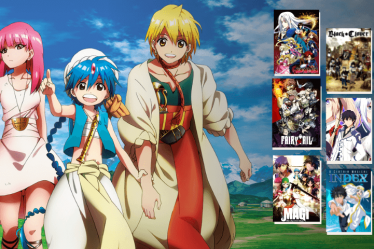