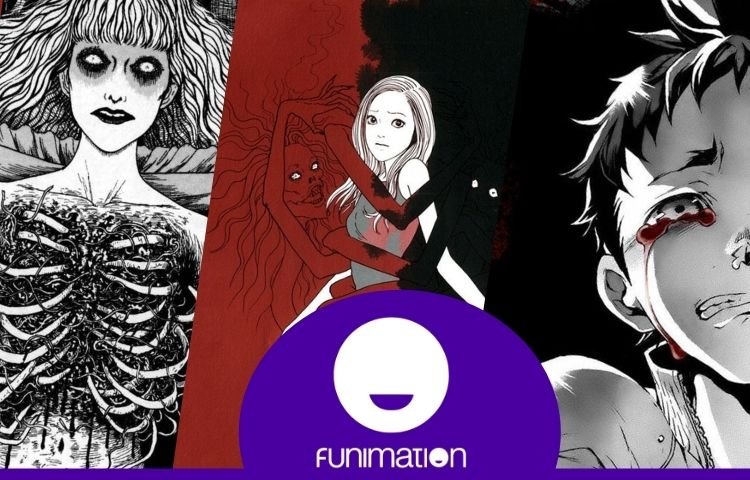 With an extensive list of unmissable Anime from all genres, Funimation will give you no choice to skip one. From classic Anime shows to the latest releases, from comedy or horror to Funimation exclusives, this streaming service has all for you.

Some love watching mushy and sweet Anime. And, then some people love dark, mysterious and terrifying horror sagas. Horror Anime that in literal terms send chills down your spine with its macabre tales are few.

So, I bring to you a spooky list of horror Anime on Funimation. Each with a brain-teasing storyline will make it difficult for you to peek in the dark alone.

One of the most praised horror anime on Funimation is SEL! It’ll twist your mind and you’ll undeniably watch it again. Following an unconventional storyline, Yasuyuki Ueda has created a badass horror anime.

Lain Iwakura is a shy and reserved fourteen-year-old girl. One of those who have received a gut-wrenching email from her classmate- Chisa Yomoda who had committed suicide.

Wait, the horrors are not ending. The girl who feared technology no more remained a technophobe. This one email turned her life upside down. Her approach to the Internet brought obscure conundrums. Will she be able to fence off between the cyber and real-world?

This horror anime on Funimation brings a movie along with the mystifying sinister series. Both the series and movie are just gobsmacking with the gory and bloodshed.

Saya Kisaragi is the linchpin of Blood-C. Externally an introverted and loner, she works as a Miko. In the light of the day she is a calm schoolgirl and at night a dangerously talented swordswoman.

Saya had been given the responsibility to defeat the human blood-feeding monsters- the Elder Bairns, by her father. However, with time as these fights grow more serious, she unravels a disturbing truth. Will this give her merely a reality check or open new doors for her?

The excellent violence and gripping storyline of Tokyo Ghoul make it one of the most-watched and superior anime these days. Of course, the manga is exceptional but the animated horror series is no less terrifying!

Ken Kaneki narrowly survives his deadly meeting with his date, Rizi Kamishiro. Kamishiro is revealed to be a ghoul. Ken undergoes surgery after being hospitalized.

A complete human transforms into a human-ghoul hybrid. The reason is his date’s few organs were transferred to him. This makes it necessary for him to consume human flesh. What follows is his struggles to fit in the new life while keeping his old identity seem real!

Gear up for the horror and unexpected mysteries unfolding as Keiichi is. The authenticity of the storyline makes it worth the watch while jazzing up the Higurashi series!

Keiichi Maebara is a transfer student in the outwardly ordinary town of Hinamizawa. In this little mountain village, he is the only guy in a circle of girls. All of them live up each day of their lives together joyfully.

However, Keiichi begins to find that his friends have been hiding something from him. Amidst the daily average life, there lie deep secrets of this town. How long will it take Keiichi to uncover them or will he never do it?

Loaded with vampire action and gory scenes, Hellsing Ultimate leaves you with a ghastly feeling. There prevail beings of darkness and wickedness that define what badass and phenomenal animes are made up of.

The Vampires gulp down any unlucky human enough to be caught up in their snatch. Hellsing is an association with the motive to tear down these occult forces. The head of this group is Integra who heads a dynamic army.

However, she holds an unmatched weapon, Alucard. This immortal vampire not only wipes out the monsters but also Hellsing’s enemies. Isn’t that a deal of breath-taking action-packed moments for you to watch?!

Here we land upon a horrifying and maturely thrilling anime series on Funimation. Trinity Blood is full of gory with a swiftly moving storyline. I must say Gonzo’s art and background settings are so vibrant. Making it more watch worthy.

Trinity Blood is set in a world with a post-calamity situation. The battle between humans and Vampires goes on as a contest. It is between two factions: The New Human Empire and The Vatican.

However, some want a tranquil co-existence. And, some extremists trick both sides for their profits. However, this is just a gist of Trinity Blood. The horror series is far grander than this.

Black Butler is for the ones who like dark themes balanced with chucklesome dialogues here and there. You must have got an idea of the uniqueness of the plot through the logline itself. Any Anime fanatic would be compelled to binge-watch this show.

Ciel Phantomhive is a 12-year-old earl. He lost his parents in a mysterious attack. Having faced the tormenting struggles, he somehow makes it to a demon deal.

This contract introduces us to his true-blue butler, Sebastian. Although Sebastian is a loyal servant, the soul of his master is with him. Makes it interesting, doesn’t it? Will Ciel be able to avenge his family’s murder or will he have to give up on his soul?

This horror anime on Funimation creates value for both the viewer and the genre. The way it dives into the human psyche is strangely awesome. A strange pillar of light that brought back dreadful memories and connected to dirty murder mysteries.

Prior to 5 years, there were various killings. They weren’t any normal but serial gruesome murders. And, once again the rumors are back.

All eyes are on Boogiepop. As she is the ultimate one who captured people on dark nights. While everyone is enjoying these gossips no one knows if she exists today. To find the answers to the baffling events, the only hint I can give is to watch Boogiepop Phantom.

This anime would scare the bejesus out of anyone. An innocent teenager is put through a series of tortures for no reason. This murky series focuses on Ganta’s survival in a dangerous prison while striving to prove his innocence.

In this horror anime on Funimation, it happened that a strange man in red butchered a class filled with teenagers. However, one survived. It was Ganta.

However, he is being defamed for a crime he didn’t commit. Sentenced to death, he is sent to a horrendous prison. There he is tormented along with others for the pleasure of the masses. Too dark for me at least but fulfilling for you.

Fitting this list of horror anime on Funimation flawlessly, this dark-themed Anime is based on a video game. Crooked murder mysteries that’ll make you binge-watch the episode one after another. However, I would recommend this only if you are not too sensitive and prone to getting attached to the characters.

Makoto Naegi is delighted to join Hope’s Peak Private Academy. And why wouldn’t he be when an ordinary teenager like him would be accepted in such a renowned school. Believing that he was stepping toward a bright future, he enters the front doors of the academy only to lose his consciousness.

A blow, at the beginning, itself, right? The mystery is more to come as he along with the other students comes face to face with their Principal who is a toy! Yes, a robotic teddy bear who explains to the freshers that they have been held captive. The only means to run away is to kill a fellow mate without being tracked down.

A tricky and complex story mixed with a few light moments for the viewers to grasp the storyline. It revolves around the theme of Paranoia. Intricately highlighting how Little Slugger becomes more of an idea than a reality.

Makoto Kozuka is an eighth-grade student. He has been moving around in Musashino City as Lil’ slugger. On his inline skates, holding his golden baseball bat, he thrashes up people and is impossible to be caught.

His persistent chaos makes it to the table of investigators, Ikari and Maniwa. The mysterious attacks along with the disturbing rumours create complete terror in the town. Is there a second Lil’ slugger? For the complete horror savory, you gotta watch it.

If unanticipated truths and the thrill of these electrifying moments pump you up. If darkness and inexorable situations don’t scare you. And, if you aren’t a Junji Ito manga fan. Then, this horror anime on Funimation is for you!

A purely petrifying animated series about the terrors that lie in wait in every nook and corner. Be it day or night, the horrors can scare you with and without light! Hold yourself tight else the chills might freeze you.

Junji Ito Collection is a hair-raising sally of unfathomable and exceptionally scary tales. Stories of a jinxed jade carving that pierces into the body of its victims or intense nightmares as long as a decade. An anthology of panicking stories which are only for the unafraid. 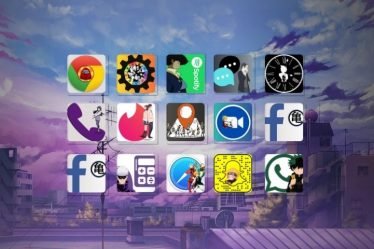 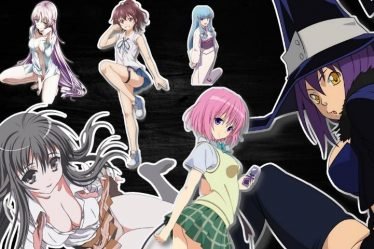 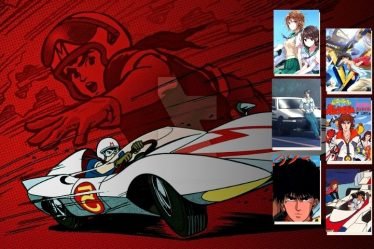