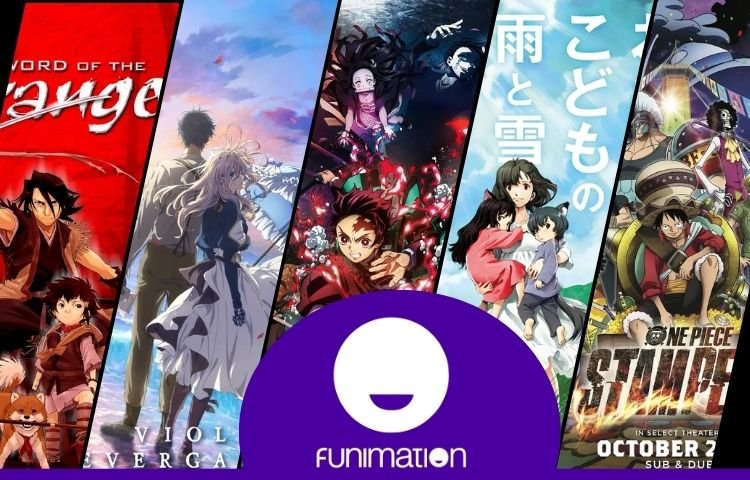 Anime has everybody in its grasp and has found such a dedicated fan following. You would imagine kids as their primary audience, but there are more adults than kids who obsess over these fantastic animations and mind-boggling storylines. Finding the best anime and platform is necessary, which is exactly what we will talk about here, along with the best anime movies of all time.

Funimation is a popular anime platform that should be the first stop for every novice looking for animes to watch for free. How to watch movies on Funimation? You can easily register and login on to the site and find the anime movies mentioned below if you’re starting as an anime newbie. Let’s get started!

Winners of the Silver scream award and Imagine film festival, Amsterdam, Akira has won the hearts of not just critics but people who worship anime as well. It was even nominated for the American Anime Awards for the best anime feature award in the year 2017.

The movie starts off with a short portrayal of a boy who is psychic and unable to control his powers which leads to an explosion in Tokyo. This led to a fallout in the countries and ignited World War III. However, the boy is captured and put underground out of everybody’s eyes. As the movie goes, they show a new and restored version of Tokyo where the government fights violence, and a gang of good guys in motorcycles is always fighting their rivals known as Clowns.

However, a boy gets caught up in a government institution after being involved in a gang fight where he starts harnessing mysterious powers that the government is trying to hide away not to risk the city from being destroyed again after so many years.

Mugen Train is a continuation of the famous anime series Demon Slayers or Kimetsu no Yaiba and was very well received by the fans even though it was just a 1 hour 56, minute new anime movie on funimation. The movie picks up right after the first season of the original show Demon Slayer had finished and blends into the storyline for Mugen Ressha-hen.

The story starts with the disappearances of passengers from the Mugen train whilst it was running that growing suspicion for the slayers of the Demon Slayer Corps. However, Kyoujurou Rengoku takes it on himself as the flame pillar with special abilities to kill the demon where he stumbles upon the recruits of his corporation. Tanjirou, Zanitsu and Inosuke meet Rengoku on the train and assist him while trying to find the demons on the train.

However, little did they know that the demonic presence was already quite heavy on the train, and it may require more than 3 people to tackle this demon. It is honestly the best anime movie on Funimation, even though you should watch the series first to understand the characters and the plotline well.

Ghost in the Shell 2: Innocence

The movie is based on a subplot of the original manga, which was quite popular with the audiences and also had a prequel written to conclude the story of this manga known as “After the Long Goodbye.”

The movie starts off with a man who is looking for a missing victim and analyzing gruesome murders committed by gynoids who are actually sex robots. Murders are getting more common than usual. However, the story turns weird when a corrupted gynoid starts sending cryptic signs and messages to Batou, the investigator, which becomes even more confusing for them to understand.

You will be absolutely hooked on the movie as the main character take you on his journey of investigating a faulty sex robot as he tries to find the killer of these people whilst living in a world infested by machines.

One piece is already a very famous anime that has a lot of seasons involved that you can watch on Funimation as well. One-piece stampede is a new addition to this series with a one-hour and 40 minutes runtime.

The movie portrays the best representation of pirates in their best form, who are going to a pirate festival which they throw for them. Luffy and his famous crew of straw hat pirates are also invited to this festival, where the host of the Buena Festa is friends with Luffy.

However, the festival gets erratic, especially when Luffy brings all of his crew, including the worst pirates ever. Along with some action and adventurous storytelling, you will be pleasantly surprised by the comical pieces of this movie. Overall, it’s a great watch.

Violet Ever Garden: The Movie

The movie is an amazing portrayal of life and how fickle it can be because while you can achieve everything, there’s one emotion that takes it all: Love. Even though the world has shifted and moved forward, Auto memory dolls are going out of fashion, and telephones are becoming more relevant to the world.

Violet ever garden is pretty unaffected by this change as her handwritten letters seem to be getting even more, better than before and are quite famous in the audience. However, she still does not understand the concept of love and emotions and what it takes to be human.

The movie follows her journey as she pursues the messenger who confessed “I love you” to her and looks for him to rekindle her emotions.

Hal is a youthful lad who is in a relationship with Kurumi, a beautiful pretty lady who loves Hal very much. However, Hal dies in a sudden airplane crash, leaving Kurumi disheartened by reality and sliding into depression.

Her grandfather worries about her livelihood and requests Q01, a humanoid, to help his granddaughter come back to light after such an incident.

Q01 imitates Hal as his body and goes to Kurumi’s house to save her from her misery and cheer her up. However, Kurumi is not aware that this humanoid is just imitating his boyfriend, who is definitely not back from the dead.

The movie gets to a tragic storyline as she realizes what is going on and has to face him and her reality altogether. Watch this one movie if you’re into melancholic stories.

A truly fairytale as it embarks on a journey of lush mountains with a jewel filled with powers. Éclair is a beautiful woman who happens to have the relic under her protection which she has sworn to protect more than her life. Even though she is alone, she is strong and powerful enough to protect the stone, despite no recollection of her memory of getting the stone in the first place.

However, she meets Fairy Tail and gets an offer to help discover the stone by Natsu Dragneel and his friends, which tempts her to look for more answers. She is, however, attacked by somebody who steals the stone from her during her journey. She is truly heartbroken and must seek the help of her team to bring back the stone to protect from evil and save the world from destruction and death.

Sword of the Stranger

Amongst many anime movies on Funimation, Sword of the stranger is a sad tale of a boy and his dog who have no family to depend on and must steal away to keep their livelihoods. However, the boy must be on the run from the assassins of the Chinese Ming dynasty as they are trying to hunt him down for reasons unknown to him.

However, he seeks shelter in a small temple where Nanashi helps him from recovering from the poisoning. The ronin then offers them a gem and helps them get back on their feet as they are trying to reach their destination.

The movie portrays their journey well as you follow them on their journey to find out what their actual story is. This movie was a finalist for the Best animated feature award of Oscars, along with Kung Fu Panda and WALL-E. However, it earned various other prestigious awards.

Ookami Kodomo no Ame to Yuki

This movie has won several previous awards, such as the Japan Academy Prize for Animation of the Year and the Mainichi Film Award for Best animation film and Animation of the year at the Tokyo International Anime Fair. The movie has gotten such an amazing response from the audience and the critics as well.

Popular:  18 Amazing Dog Animes Where Dog is an MC

It is the story of Hana, who is a college student who meets a new student in her class and falls in love with him. Even though he is not a human at all, he is, after all, a werewolf which does not faze Hana, and she continues to love him.

They fall in love and start a family with two children who inherit their father’s ability to phase into a werewolf. However, her husband dies, leaving her alone in a populated city with people constantly judging them and making their life a living hell.

Hana must navigate her life through all of these struggles to take care of her special children. This is a romantic anime on Funimation with a touch of sadness and challenges that a single mother faces while she tries to give birth to her two children all alone. The audiences absolutely loved the movie and were enthralled by this story that it garnered so many awards.

This movie has the second most revenue generation of about 5.8 billion yen and has become quite a famous film in the year 2015. The movie talks about how two souls are intertwined with each other even though they live in separate places in different worlds. While one is shunned by his family and has no place to call home, the other soul is a beast from the beast realm and leads him to his world.

As the plotline progresses, they realize that their goals in life weren’t as different as imagined and they can be of help to each other, more than they can imagine.

The movie focuses on the difference in realities and how the characters try to overcome them and foster a good and healthy relationship.

Empire of the Corpses

This movie had been awarded the Platinum Grand Prize at the Future Film festival, Italy and is a sad anime movie on Funimation because of its comparison with the world and how we are ready to bring corpses back for our own benefit. It talks about the selfish streak of humankind.

The story starts with corpses working as laborers and working without any human touch as they have been programmed to do so. However, the technology is not that far advanced as the corpses can move their bodies even though they have no soul.

Doctor Victor Frankenstein vanishes shortly even though he finally got a corpse to have a soul of its own and became a revolutionary in the field. But John Watson, an aspiring medical student, takes it upon himself to obtain Frankenstein’s note to steal the soul-bringing technique back. However, he almost regrets it as soon as he experiences the backlash of his actions. 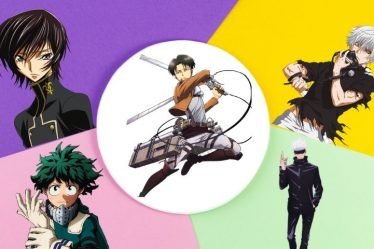 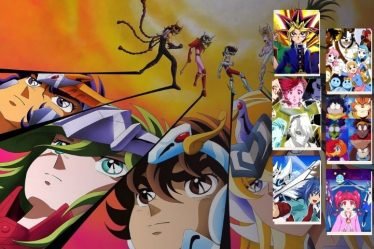 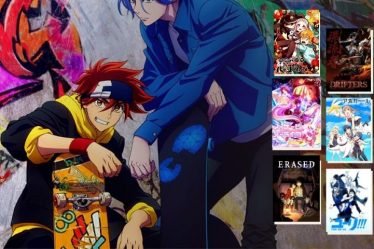