ESCANOR’S DEATH – THE NEXT LION SIN OF PRIDE (THEORY)

After witnessing one of the most heart-wrenching scenes in anime history, my emotions are all over the place.

Seeing the last moments of Escanor brought tears to my eyes. As he burned up his life force in a fight against the Demon King, and especially the way he said goodbye to everyone in the end. I am sure this will go down as one of the most iconic anime deaths.

Sadly, we’ll not see our beloved Escanor in Seven Deadly Sins. Escanor’s death not only brought a lot of grief to the fandom but also raises so many questions that I had to write this article and share my views with all of you.

The reason that you’ve landed on this page means you are also fascinated to know how the dynamics of the anime will shift after the death of Escanor, the member of Seven Deadly Sins.

As you have read in the title, the focus of my theory will be on the possibility that we’ll see a new Lion Sin Of Pride in the near future and these are the reasons why I am betting on it to happen.

How can we not have another Lion Sin of Pride when it’s absolutely clear from the anime’s title that it is about ”Seven” Deadly Sins. With Escanor’s gone, we are left with ‘six’ members and that place needs to be filled for the anime title to make sense. It is the easiest reason that I can think of that also holds a great point.

The power (Grace of Sunshine) that resided within Escanor was not his own. Escanor received it because he was deemed worthy by the power itself and upon Escanor’s death, the power got released from his body.

Thus a new successor to the power of Lion Sin of Pride is a logical assumption. The power can choose another worthy person, just like it chose Escanor.

As we have seen in the anime, Grace of Sunshine responds to the strength of character and heart of its wielder. That’s the reason why when Escanor had it, he fought much better than Mael against the Demon King, even though Mael had that power in the first place. So we might get an even more powerful Sin of Pride in the future.

Just around Escanor’s death, it is revealed that a new powerful enemy has appeared. Chaos is an ancient entity that created the world, the Gods, and the five races from nothingness.

Merlin described him as “an impure entity of darkness that even the Demons fear and a pure entity of light that even the Goddesses worship”. In front of this mega threat, it seems right that the need for the Seventh member will arise. So most probably Meliodas and others will recruit someone as the next Lion Sin of Pride.

Escanor in his very last words through a poem said that ‘he wasn’t suitable to have Merlin’s love and he wishes that someone would come along in future who is worthy of her love.

It is quite obvious that Merlin’s wish to be with Meliodas will not be fulfilled as Meliodas and Elizabeth’s relationship is the main plot of the anime.

Escanor’s dying wish indicates that the Grace of Sunshine might choose a new host who is worthy like Escanor. He then can become a member of Seven Deadly sins and make Merlin fall in love with him, thus fulfilling all the roles Escanor left.

Mael Could become the 7th Member

We all are aware of the strength of Mael, the last surviving Arch Angel and the real owner of Grace Of Sunshine. Despite him giving up his power, he is very powerful and on the side of Meliodas. Maybe in the future, if Grace Of Sunshine finds Mael worthy and returns back to him, we might see Mael becoming the next Lion Sin of Pride. Although it is a completely hypothetical assumption of mine and might not actually happen.

It is more than an assumption, it is my deep wish and probably yours too. Although nothing can be said right now since it is shown in the anime that Escanor has really died. But maybe the author of Seven Deadly Sin will perform a miracle and bring back our Escanor to Life. Although as a fan of the series, even if the author decides to do so, I hope he does it tastefully and logically so that it does not ruin the legacy of the mighty Escanor and the anime. 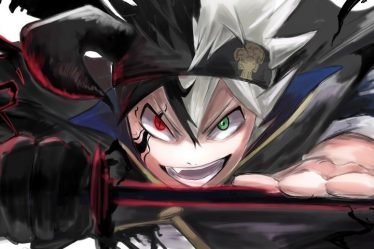