All Korean Drama on Hulu In 2021 Ranked [UPDATES MONTHLY] 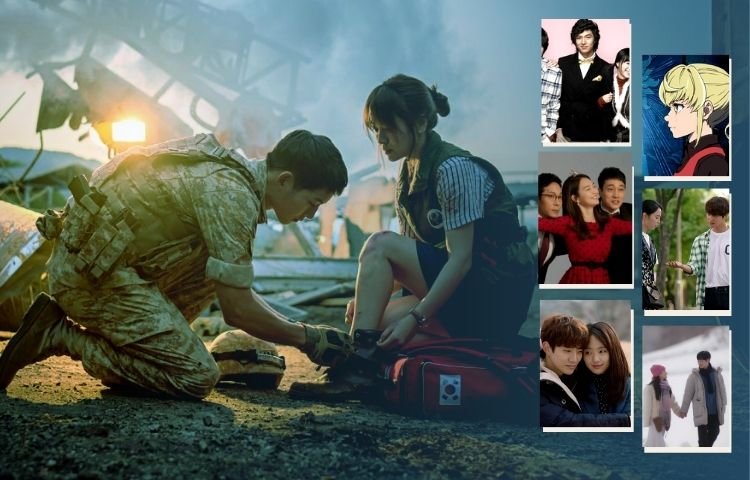 The popularity of Asian dramas is ever increasing and the majority credit for that goes to South Korea for creating some world-class dramas that have made fans across the Globe.

While I was scrolling through Hulu on the lookout for Korean dramas, I was surprised to see the very small catalog of Kdramas on Hulu, though the quality of the dramas is great.

In this post, I’ve Ranked All Korean Dramas on Hulu from bad to best. In the future, as more Kdramas get added to Hulu, I’ll update this list accordingly.

Some shows fit people’s liking while some are universally accepted by people of all kinds. Similar to the latter, More Than Friends Kdrama gained tremendous popularity worldwide. It is kinda predictable but the magnetic connection shared by the character is too satisfying to watch. If you are a sucker for melodramatic love stories you might just want to add this to your bucket list.

The story starts with a flashback from ten years ago when Kyung Woo Yeon confessed her love for her friend, Lee Soo. However, due to past tragedies, Lee is too afraid to get into a relationship.

Kyung doesn’t lose hope even after seven years and tries proposing to him again but the results are no different.

Now after ten years of Kyung’s first proposal Lee Soo is confident to move forward and confess his love back to Kyung.

Absolute Boyfriend as the name suggests is a romantic Korean drama on Hulu that tries to present something unique to its audiences. A romantic relationship between a human and a robot may sound weird but it is done quite nicely and makes you root for the main couple. The show has its shortcomings but overall it provides a nice experience.

Da Da has been dating Wang Joon for over 7 years but hides her relationship because wang Joon is a famous actor. But slowly she realizes that her relationship is getting one-sided so she breaks up with her boyfriend.

Soon after Young Goo arrives in her life. Young Goo is an ultra-advanced humanoid capable of feelings. He falls for Da Da and gets involved in a love triangle with Wang Joon and Da Da.

Have you ever watched a drama that plays with your emotions so deeply that you try to implement those things in your real life? Well, if you haven’t Just Between Lovers is one of such kind.

Popular:  Is Mean Girls available on Hulu? How to watch Mean Girls?

The plot hits hard. It depicts a series of heartbreaking events that will you fill your soul with emotions of sorrow. It will be a mix of both happy cry and sad cry. If you can digest some of the unfortunate stories then this is the drama you can watch next on Hulu.

An unfortunate collapse of a mall took away the lives of 49 people. Lee Gand Doo and Ha Moon Soo were lucky to survive but their family and colleagues had met an end.

The place in which this devastating accident took place is not being developed again. Gang Doo gets a job at the construction site where he meets his survivor partner Moon Soo. Both try to overcome their personal tragedies as they get to know each other in the process of building the mall structure again.

8. When The Weather Is Fine

This Korena drama on Hulu is not for everyone. It is a slice of life drama that takes things slowly. The focus is always on the emotions of the main characters and the little things they do. The romance in the show is a slow burner and there’s nothing rushed but in the end, everything summarises beautifully are we’re are left with a masterpiece.

Hae Won lived a very sad life since childhood and had been hurt a lot. So she doesn’t trust anybody and has a cold heart. Sick and tired of city life, she decides to move back to her hometown and live a secluded and peaceful life.

There she meets Eun Seob, a kind, and cheerful guy who runs a book store. The two develop an odd friendship which later turns into romance.

Oh My Venus presents one of the best love chemistry between the main couple. It works on a standard romantic comedy-drama formula and is updated to present a modern world story. Every time the main couple were in one frame, I was blushing hard. The story is nice, the couple is super cute, and the drama remains funny for the most part.

Kang Joo Eun is a lawyer by profession. 15 years ago he was dumped by his boyfriend for no reason. Because of her unconditional love for him, she decides to try her luck to bring him back. So she requests Kim Yeong Ho, a personal trainer for Hollywood stars to train her to get back in shape.

6. While You Were Sleeping

While you were sleeping is a serious supernatural thriller Kdrama on Hulu that lives up to its hype. The story is smartly written and the use of the supernatural to fuel the thrill of the drama is just amazing. The romance aspect of the drama is also good and add an extra layer of joy to the overall experience of the show.

Nam Hong Joo has been having premonitions about the future since childhood. Her life gets entangled with a young prosecutor and a police officer after the three were involved in an accident.

Since that day, all three start having premonitions about one another and they realize that their lives have been connected somehow.

Boys over Flower is the death note of KDrama world. It is the first Korean Show of many people starting with Kdrama. Although most people watched this on Netflix but not It has also been licensed by Hulu.

It is a satisfying bing with a realistic romance played by sweet and likable characters. It is a classic and clearly an unmissable Korean Drama.

Produced up in a high school setting, the drama follows a teenage girl, Geum Jan Di. Geum comes from a middle-class family who runs a dry-cleaning store. When she saves a student of a prestigious high school from committing suicide she gets rewarded with a scholarship to study in the same school.

Unsurprisingly she finds it hard to make friends because of her status. However, that is not a concern for Geum. Her real concern are the school bullies called the 4F who have located Geum as their next target.

The show that sparked my love of Korean dramas, the first Kdrama I watched. To this day I’ve got a crush on the lead actress because of it.

What’s wrong with Secretary Kim is a light-hearted Korean drama on Hulu that is made with the intent to provide a sweet and simple story but it gets a little serious in the second half to keep its viewers engaged.

Lee Young Joon is a self-obsessed boss and his employees are scared of him. His secretary Kim Mi-so has worked for him for over nine years but hasn’t ever received any appreciation from him.

Mi-so now wishes to resign and move to a better place. However, it is hard for Lee to accept Kim’s exit, and he begins his plans to make Mi-so stay at her job.

One of my office associates recommended this drama to me. We are best friends now. I wish I had such a story to tell as I would have appreciated it if someone had suggested me this masterpiece.

Flower of Evil is a kind of drama that starts slow. By the time it reaches the end of the third episode, you are on the edge of your seat. As it picks up the pace you are hooked. Of all crime dramas made in Asia, there is hardly any match for Flower of Evil.

Cha Ji Won and Baek Hee Sung lived happily with their little daughter till one day their professions and dark secrets began to cross paths.

Cha Ji Won is a detective who stumbles upon a 15-year-old case of serial killings. As her investigation progress and dots began to connect, she witnesses a change in Cha Ji Won’s behavior. Although she trusts her husband to the fullest, she is worried if he has something to do with the killings.

2. The Legend of the Blue Sea

There are very few shows that are close to my heart and this Korean drama on Hulu is one of them. The Legends of the Blue Sea masterfully brings together fantasy, romance, comedy, and action in just the right quantities to make it look great.

Shim Cheong is a beautiful mermaid who appears on land and comes across a witty con artist Heo Joon-Jae. Heo and Shim form a cordial relationship which over time turns to romance. But life is not too kind to the two, as they have to face demons of the past and present.

1. Descendants of the Sun

When this drama aired in 2016, it became one of the highest-rated and viewed dramas of that year, and to this day some of those records hold.

The reason for such exceptional results is because the show has a compelling story, great acting, and beautiful direction. This Korean drama on Hulu is a gem in its catalog.

Yoo Si Jin is a special op in the Korean military. One day on off duty he meets Kang Mo Yeon, a pretty woman who works as a surgeon.

After some encounters, they fall for each other but Yoo Si Jin’s work makes them apart. Time passes but fate again brings them together in a foreign land and old feelings arise. 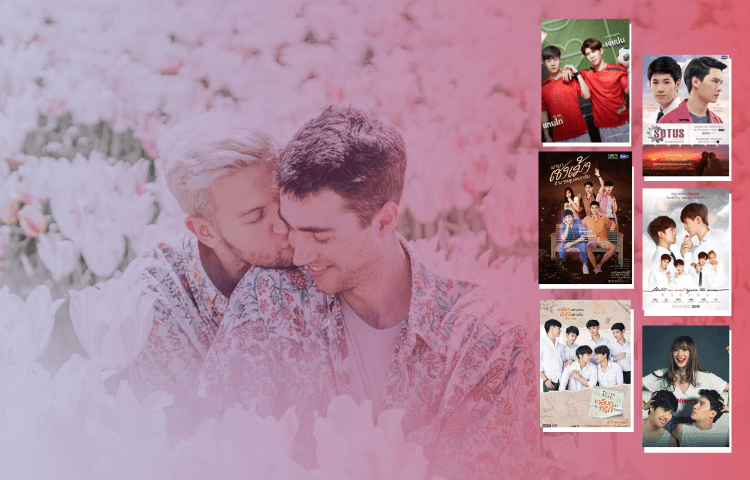 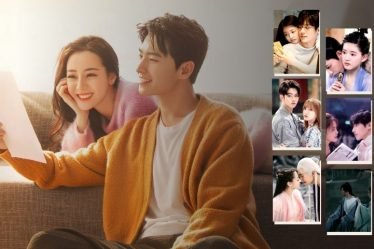 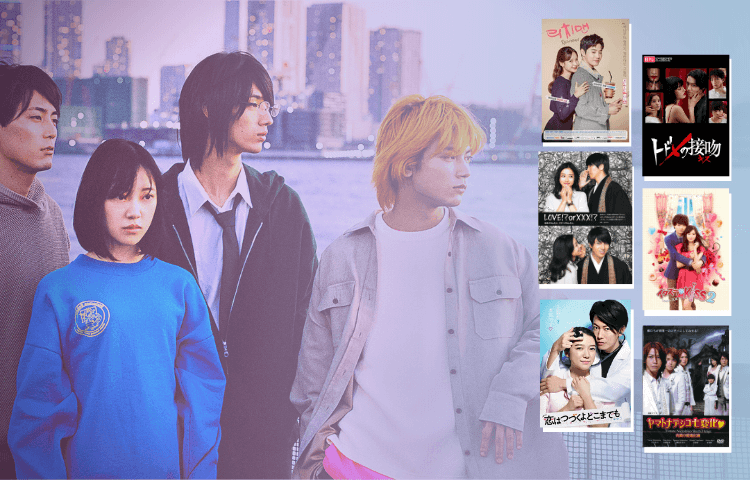